This is My Brave shows the power of storytelling 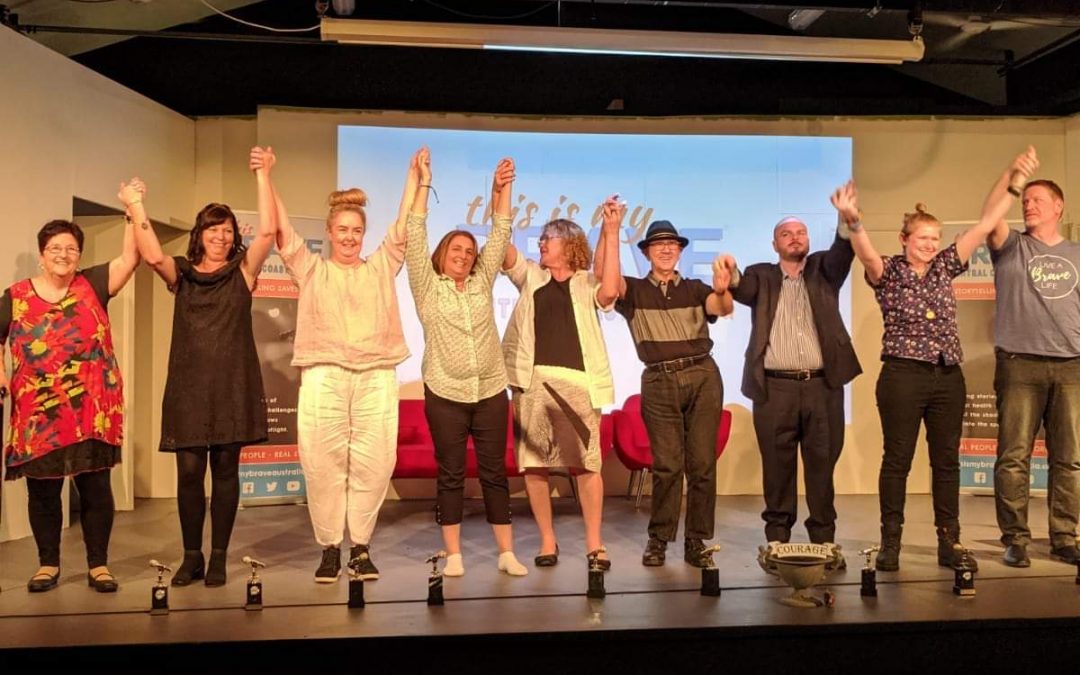 Iris Foundation was proud to support the first This is My Brave show ever staged on the Central Coast on October 20.

TIMBA Australia draws on the power of storytelling to break down the stigma that surrounds mental illness.

The Central Coast show was staged at the Grove Theatre in Wyong and featured nine storytellers. A variety of performance styles were chosen, ranging from songs to slam poetry and spoken word. Each person onstage shared a deeply personal journey they had taken through mental illness or trauma. Though they reflected on difficult and sometimes disturbing memories, the act of sharing had an uplifting impact on those speaking and the audience members present.

TIMBA Central Coast show was initiated by Greg Smith of Men Care Too, which works to support the efforts of male carers in the community. Months of auditions, rehearsals and the hard work of staging a production have paid off handsomely for Greg and for those onstage. Iris Foundation acknowledges everyone involved for their courage and commitment.